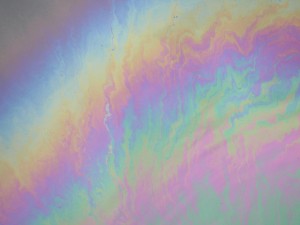 You would think that after 16 years of waking up to the state of the world and discovering the courageous souls like Gandhi, Thoreau and many others, who have stood against repression and oppression, I might be finding some hope for the future. Instead I find myself utterly depressed and helpless. I mean ‘helpless’ in the sense that I have found no way to help the situation rather than that there is no help for me, though there seems precious little of that too.

The central theme I have recognised in my study of life and the struggle for some humanity in the face of a global, secretive agenda to destroy our humanity by a small cartel of deeply psychopathic families, who for generations have been working to reduce the world’s population to a ‘manageable’ number of slaves – which I can assure you, having deeply studied the evidence, is absolutely the case – is that, in the words of Leonard Cohen: ‘everybody knows’; and yet the situation persists. I don’t mean that everybody knows the whole story, even I don’t begin to; nor could they believe it if they did. But everybody does know that politicians, along with all the public services – police, social services, … – are corrupt and broken, and our world is really ruled by greedy bankers.

This current crisis in my faith, optimism and determination to create a better world, corresponds to news that two rock-solid cases we have been pursuing against Merseyside Police for wrongful arrest, assault causing actual bodily harm, unlawful imprisonment and malicious prosecution, has been considered to stand less than a 50% chance of success, mainly for the reason that the lawyers involved believe the police will simply lie in court; this despite the fact that we have audio and CCTV evidence of the incident that clearly shows I was violently arrested without being told the reason for my arrest and the violence involved was completely unwarranted given my behaviour. Anyone who knows me recognises that I am a peaceful man.

The video shows Kali having her head ragged about by a PC, who had hold of her hair, whilst handcuffed behind and being restrained by a WPC on each arm; this for daring to question the necessity for arrest and why the PC was assaulting a peaceful man. My arrest was for openly recording the PC on my phone (which I did because he was making prejudicial and discriminatory statements), although at the time he refused to give any reason despite both of us insistently demanding one – it being a prerequisite for a lawful arrest. Of course, that was not the reason given at the custody suite, where the PC in question was unable to supply his ‘necessity’ justification for the arrest until prompted by the custody sergeant, and he lied that my response to caution was ‘garbled’, when he had utterly failed to caution me at all. ‘Caution’ is another prerequisite for an arrest by a constable to be lawful.

It has taken more than a year to reach this conclusion; delays included being barred from initiating the case until the protracted malicious prosecution against me was concluded (in my favour), Merseyside Police failing to respond to the claim until the last possible moment, and the depressingly normal sluggish pace of the British justice system.

Kali and I have, for the past two years, struggled to remain outside the ‘system’ that we find so corrupt and oppressive as to be unconscionable. It has required great courage, dedication and endurance but we have done so in the belief that any action taken against us by agents of the State would be possible to remedy via the justice system, or that we would show that no such remedy is available and that the system is unremittingly oppressive; hoping that revealing that fact would, at the very least, wake others up to their situation and encourage the kind of solidarity of the oppressed required to overcome the oppressors.

If there is no protection in law then it is merely a tool of oppression, and my current evaluation seems to indicate that is the case. Even worse, it is a deception designed to encourage a false sense of security and to undermine any alternative such as anarchy (look up the real definition of anarchy before reflexively attacking it, as you have been indoctrinated to do).

I am depressed because most people, if they give any attention to what is preventing their being happy at all, other than to simply winge about what a struggle it is, seek remedy in the very system that, by its corruption, dishonesty and by design, is the cause of their unhappiness; whether that be looking to the justice or social systems, politicians, religion or charities. All are fraudulent, skin-deep façades, sound and fury signifying nothing. Everything we have been taught to believe in is false or positively detrimental to our well-being, either by design or because it is so corrupt that its effect is the opposite of what it is presented to be. I see no public service that is fit for purpose and even the protest movement is infiltrated by agents of the system, overrun by egos, and full of misguided people who are full of anger but severely lacking in deep insight.

There seems to be no place for anyone who cannot compromise their values sufficiently to submit to the current social system. A very dear friend generously allowed us to park our caravan on a small piece of land he owns – somewhere we could have a little peace and respite for a time while he arranged to replace the clutch in our car – and the following day we were accosted by a police constable demanding to know who we were and what we were doing here. The following morning we were confronted with a Council Gypsy Traveller Liaison Officer who insisted that caravans were not permitted on this site and the day after that our friend was threatened that unless we were gone within days his planning application for a barn on the land would be opposed by the council. We are no harm to anyone or anything here and we had made it quite clear to both the constable and the liaison officer that it was only a very temporary arrangement, but to no avail.

We could make a complete nuisance of ourselves in response, as we did at Camp Autolift, but, quite frankly, we are worn out by the struggle and can see no light at the end of the tunnel; the result so far from our Camp Autolift action is that Cheshire Constabulary are doing everything they can to delay our claim for compensation – which should have long ago been dealt with, was never going to address all the torts that have been inflicted on us, and is feeling less and less certain in light of the response we have seen to the claim against Merseyside Constabulary.

So what to do? How to continue with the struggle in this state and with so few resources? Someone give us some hope; there is a comments section below.

Namaste, and thank you for reading. I hope this empowers you rather than depresses you (though I admit that I cannot see how it could, at the moment it is all I can do to write this).

One thought on “No Justice, No Peace”