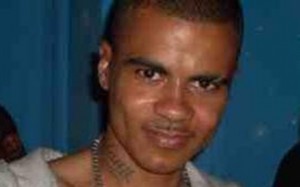 The following post was written entirely by our good friend, Holy Vehm. It is his thorough analysis of the events surrounding the murder of Mark Duggan, the riots that followed and the subsequent ‘lawful killing’ verdict given by the inquest into Mark Duggan’s death.

The post is made up of several posts taken from Holy Vehm’s facebook time-line (with his permission). I’ve done a tiny bit of editing which mainly consists of re-arranging the order of the posts so that a picture of events is created throughout the entirety of this blog post. Other than that I’ve simply inserted a few apostrophe’s and capitalised a few ‘I’s.

So, without further ado, it’s over to Holy Vehm.

Pamela Duggan (mother of Mark)
“No justice – No peace”

Family Solicitor
“when the police shoot unarmed people, it is murder”

The death by police of Mark Duggan was lawful the jury has decided.
Well, no they didn’t.
Under closer examination, the judge actually acted unlawfully by instructing the jury.
He stated to the jury that if they believed the police officer acted with honest intention, that they felt he believed Mark to be armed then shooting him was a lawful reaction.
One cannot do that.
The supreme authority in the high court is the jury not the judge.
The judge is there merely to ensure that the process is carried out according to the law, that is all. He has no other purpose.
Once a verdict has been reached he must then follow the sentencing guidelines provided.
But he cannot direct the court, or offer his own interpretation of events unless the proceedings are not in accordance with the law.
The family of Mark have been let down by their own legal team and this is the problem, a legal team. A legal team will only deal in that which is legal not that which is lawful which this case was about, was Marks death lawful or unlawful, a common law environment not a legal one.
This, for me at least, has the smell of political interference in the lawful process.
The jury agreed that the police could have done more prior to the shooting to see if Mark was actually armed.
The jury agreed that the police acted negligently.
A pathologist stated that he saw no evidence that mark threw the gun from the car and he cast doubt on his ability to have thrown it as far as he did while sat in the back seat of a moving car.
Eyewitness reports that not only was Mark clearly unarmed but was actually trying to surrender.
And yet the judge offers the jury a direction to take and moves the goal posts, he alters the question from negligence of the police to a belief that the police acted lawfully.

High court inquest hearing into the death of Mark Duggan has just reached conclusion.
Mark Duggan was shot and killed by police in London 2011 and was the spark which lit the fuse of rioting in the Tottenham and surrounding area’s of London before spreading to other cities.
Police shot Mark Duggan believing him to be armed.

Question 1 – Did the police do all they could have done.
A unanimous NO from the jury.

Question 2 – Could the police have done more.
Yes, the police failed to explore ALL avenues available.

Question 5 – How did the gun get to be in the field and not either in the taxi or on his person.
Majority 9 – 1 that Mark threw the gun as soon as the taxi came to a stop.
1 juror concluded that as no witness had come forward to state they saw the gun being thrown from the taxi that it would be impossible to state with any certainty how the gun came to be in the field some 20 feet away.

Scenes of unrest at the high court following the lawful killing verdict by the jury in the case of the police shooting of Mark Duggan.

MP Diane Abbot ” If the jury except that Mark was NOT armed at the point of being shot, how can the jury return a lawful killing verdict”

Metropolitan Police have increased patrols in the Tottenham area following the verdict in anticipation of ‘some’ trouble this evening.

Pathologist states he cannot see how Mark Duggan could have thrown the gun as far as it was found from the scene whilst sat in the back of teh taxi he was traveling in.

An eyewitness claims they saw Mark Duggan attempting to surrender prior to being shot and that they could clearly see he had a mobile phone in his hand. This eyewitness was across the road in an apartment block and on the 6th floor. Police officers stood 10feet away felt ‘sure’ he had a gun.

Whilst we await the statement from Mark Duggans family following the lawful killing verdict, let us take a trip down memory lane.

While the family and friends were demonstrating outside the police station following Marks death, the BBC reported that UNITE against fascism were also in attendance.
Members of the original demonstration witnessed a small group from UNITE [Unite Against Fascism] breakaway and made their way to the rear of the police station where they set a police car on fire.
This was the original spark that lit the fuse.
Unite against fascism is a government backed organisation.

Some months afterwards it was revealed that a company that specialises in mobile tracking services was conducting a secret trial prior to gaining government contracts.
This company had in place a number of unmarked vans which contained equipment that could gather all the mobile phone information of every person in that area. This information was then passed to police in the following days enabling them to round up many they suspected of being involved in the rioting.

The people of Tottenham and the friends and family of Mark Duggan DID NOT start the riots.

So Mark Duggan was not a saint therefore killing him while he tried to surrender and was unarmed is ok then.
These people who say it was ok just because he MAY have been somewhat less than an ideal citizen should remember that he didn’t rape anyone or kill anyone and he certainly acted far better than many of our so called leaders who most certainly have blood on their hands.
Kill thousands with your drones and that’s just fine and dandy, get killed by police while unarmed and surrendering is also fine and dandy apparently.
Lets just face it, the powers that be like killing people.
The elephant in the room was and still is the riots.
If only I had recorded the news footage on the BBC right from the very beginning.
It was reported live at the scene by a man who was attending the original protest outside Tottenham police station that members of a group called UNITE against fascism had just set a police car alight at the back of the police station. This group had not been invited by anyone attending the protest. Those attending the protest where friends and family of Mark.
This footage was never shown again, at any point either that day/night or at any point since.
UNITE admit they had members in attendance at the protest but denied it was their members who set the police car alight.
UNITE against fascism has cross party political support with even David Cameron being a signatory to their cause.
This group was set up to combat at first the BNP and later the EDL.
UNITE against fascism is a political tool.
But why would they act as they have, what instructions would they have been given, why would a political tool be sent out to a protest uninvited and set fire to a police car, invoking a heavy handed response by the police and lighting the fuse for the subsequent riots that broke out soon afterwards.
For a while I didn’t know the answer to those questions, but a while afterwards I randomly came across a link to a company website, a company that specialises in electronic surveillance with government contracts.
They revealed in telling how they had assisted police in the round-up of rioters in the following days and weeks.
Just by chance they said, they were running a field test, to see if they could capture the mobile phone data from thousands of people right across a given geographical area and on that night that area just happened to be Tottenham.
In their unmarked vans they had equipment that would I suppose scan the entire area and data mine all the mobile data they need in order to tell who is in that area and approximately where they are stood at any given time.
This data was then handed over to the police and you know the rest.

So we have an unarmed black youth killed by police while trying to surrender.
Then we have a political protest group set a police car alight sparking a riot.
And just by chance we have a company that is trying to get government contracts, in the area running a field exercise.

Seems to me that it didn’t matter one bit how peaceful Mark had been that fateful day, he was being killed, his death was required to see if a new surveillance system would work.

And that concludes my reporting on the Mark Duggan hearing.
You are of course free to seek an alternative to my reporting, many alternatives do exists.
You could try the Daily Mail for instance where they will reassure you that Mark was just a nasty little gangsta nigga and who gives a shit. Or perhaps the BBC news who will tell you that riots are coming to town again, that the police may have done wrong but a jury has spoken and fear,
fear, fear… before switching to a report about some fuckwit we have never heard of getting some other fuck wit we have never heard of pregnant or some other mindless shit.

Much lve to you, to Mark Duggan’s family and friends and to all who have taken the time to read this.