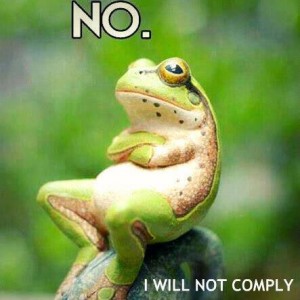 When I began writing this blog last week I was in a pretty negative frame of mind following a visit to our solicitors. Having given myself a week to ruminate and reflect I’m feeling considerably brighter and so I’m back to edit before uploading.

First off a word of warning: Never go into battle if you’re not prepared to take a few punches along the way. It’s a bloody hard slog out here, and not for the faint hearted. – That said, every one of us who has come to the realisation that the State and all of it’s mechanisms are entirely corrupt and criminal on every level has a duty, in my opinion, to challenge the power of the State in any and every way possible.

As individuals we choose our battles based on our strengths. No two methods are the same and none are wrong. Every challenge to the system is a victory, in my opinion.

Still the fact remains that one can never be too well read or too well researched.

Having apparently done our research Prajna and I embarked on a life of non-violent, non-cooperation with an entirely lawless and utterly corrupt State. We had it nailed… or at least our small part of it: We knew that there were only three reasons the cops could take us off the road, those being, i. Driving without a licence, ii. Driving without insurance, and iii. Driving in a manner to cause harassment, alarm and distress. And according to the Road Traffic Act and to our copy of Blackstones’ Road Policing Manual from 2006, we were entirely correct.

If only we’d thought to dig a little deeper we’d have discovered that, despite the facts that the 44 constabularies around the country are there to enforce so called ‘criminal law’, not civil law, and that a power, once delegated, cannot be further delegated, the police are in fact delegated powers from the DVLA, and so may act as agents for the DVLA, and may, in fact, seize untaxed ‘vehicles’ from the highway (or anywhere else) any time they choose!

We discovered this fact whist researching claims made by two separate police authorities that they were acting as agents for the DVLA when seizing our property… One of our recent blogs describes, along with audio recordings made of the incident, when our VW Polo was seized by North Wales Police. We were adamant that the police had no authority to act as agents for the DVLA, as they stated, and given that the police in this instance could not explain how they came by these powers our conviction that they did not have them was re-enforced.

However, having paid a visit to our solicitors office last Wednesday and collected from him the disclosure of evidence relating to the seizure of our motor-home back in June 2012, we see the same assertion being made, in the documents released at least, though it was never stated verbally at the time (in fact we were told verbally that our home was being seized for a VOSA inspection), that the police were acting under powers devolved to them from the DVLA and that they were seizing our home because we refused to pay tax on it.

And so we, Prajna and myself, stand corrected… we were mistaken and under-researched in our assessment of the powers of the police to act as civil enforcement officers! – So anyone out there taking a similar stand to us, or anyone who has believed us when we have stated, as we have done many times, that the police can’t take you off the road for non-payment of tax, be advised… they can do whatever the fuck they want. We humbly apologise to anyone who may have followed a similar path based on our assertions. Oops and sorry!

The lesson here is obvious, and often repeated – don’t take our word for it – do your own research. Always, always, check things out for yourself, even when you trust the source of your information, always check it out personally and always dig a little deeper – and use your research to help inform others.

The upshot of this for myself and Prajna now is that two of our biggest cases against the police have been, ultimately, after more than a year in one case, handed back to us by our brief.

Our claim against Merseyside police for unlawful arrest, assault and battery, excessive force, wrongful imprisonment and malicious prosecution was knocked back by the barrister who, judging from his arguments given in writing for rejecting the case, paid little, if any, regard to the stacks of evidence provided to him in coming to his conclusion that the claim stands less than a 50% chance of success. We knew, and wrote, about this a few weeks ago and one of the reasons for the trip to Liverpool to see our brief was to collect the bundle of evidence he held in the matter.

We are now in possession of that evidence which includes audio and CCTV footage, a court ruling in our favour, and a huge stack of documents. This case is far from dead, as the evidence we hold is substantial and conclusive. Unfortunately our options are limited by lack of funds. If we were to pursue a commercial lien, for example, we’d need at least a couple of hundred pounds in our pocket to pay a notary public to endorse our affidavits, etc. We were hoping that a settlement from Cheshire police over the seizure or our motor-home would fund this action, but alas, that is not to be. And so we either have to sit on it until we do find the money to pursue a commercial lien or we have to take our evidence to another solicitors and hope that whichever barrister they ‘instruct’ bothers to actually look at the evidence! – It’s a sad fact that, when it comes to actions against the police (or any other kind of action), barristers can cherry-pick to their hearts content and there’s nothing you can do about it.

As for our claim against Cheshire Police for the ‘unlawful’ seizure and subsequent destruction of our motor-home and for the unlawful arrests which accompanied that incident, whilst the case for unlawful seizure may well be dead in the water, there are a number of unlawful arrests (and dee-arrests) related to that incident which our solicitor is still pursuing on our behalf. And thanks to the disclosure of evidence relating to the seizure of our motor-home and the subsequent policing of our camp at the side of the A41 (camp-autolift) we now have exactly the evidence we needed to adequately pursue those claims. – Here’s hoping the solicitor/barrister doesn’t baulk on this one!

Also in that bundle of evidence is documentation describing collusion between the police and the council, including a very significant breach of data protection rules. Again, we’re not quite sure how we will go about seeking redress for this, but certainly we’ll be seeking advice on the matter. (Any suggestions?)

Now, had we known, when they seized our home that they were, in fact, empowered to do so, then maybe we’d have played the whole thing differently… Retrospect tells me we should have pursued the Human Rights angle (for which one only has 6 months from the time of the infringement to submit a claim) rather than spend three months camped outside auto-lift recovery ltd. That said, our time at camp autolift was massively worthwhile, especially considering the many, many amazing friends we met while we were there! The upshot is though, that we are well and truly out of time for claiming our human rights had been infringed, though these can be introduced as aggravating factors in other claims. So that’s that. No point crying over split milk, especially when there’s an entirely corrupt State to bring down!

And now to our current living situation:

When our car was seized in North Wales, and due to the fact that I felt extremely vulnerable on that particular stretch of road and also felt sure that the police were setting us up for… something(?), we took one of several offers of a rescue; even though Prajna very much wanted to stay put and embark on another camp (camp-autolift mk 2). Due to the fact that a good friend of ours was here and seriously in need of our company and counsel, we decided to come to a squat near Huddersfield which, although we didn’t realise it at the time, turns out to be the ‘Pennine Eco Village’ (so called).

Sad to say that, although the place has been running for four years, there wasn’t so much as a carrot in the ground when we arrived, nor were there any prepared vegetable/food beds. The place has not been run as an eco village (despite the numbers that have passed through here intending to develop it as such) but rather is a source of personal income for one individual. People have been here in the past and have established areas for growing food. Unfortunately, once those people moved on, their hard work was laid to waste in the interests of this individual’s financial gain and desire to maintain control/dependency.

And so myself and Prajna have set to work creating new growing beds and, early as it is in the season, we’ve even got some food in the ground. Having given the matter some considerable thought, we’ve decided that, although this is squatted land, and therefore insecure, and despite the obvious desires of this one individual to maintain control of the place, we will stay and develop the gardens here and, you never know, maybe even establish a community of like-minded individuals and an actual, off-grid, independent, eco-village!

In the meantime, the two other people here capable of living outside of the system may well soon be off to pastures new. Bon voyage guys, and the best of luck… May the road rise up to meet you, and all that good stuff!

And now that we’ve decided to stick around I personally feel a lot easier (even though it was mainly me pushing to move on! – Frailty, thy name is woman! :p ). The prospect of being still for a while, and of growing our own food is bringing me a great deal of peace. Prajna is also much happier now that we’ve made our decision – especially as he seems to be in the early stages of a love affair with his rose garden!

And now that I’ve updated you all on our news, I’ll now urge you, if you haven’t already, to do some research into fracking and decide for yourselves if it’s something you want unleashed under your feet? And if you decide it’s not, give some support to the growing number of camps around the country, or even establish a camp at a proposed frack site near you!

One last thing, if you’ve not come across Chris Spivey and his forensic analysis of current events we highly recommend that you do! Chris is laying it on the line every day, putting his life and his liberty in jeopardy, in order to investigate and report the facts behind the ‘news’ articles served up by the lame-stream-media . He’s doing an absolutely wonderful job and we, for two, really appreciate his efforts.